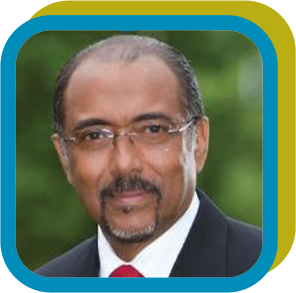 Mr. Sidibé is a renowned tireless champion of African-owned solutions and has been an outspoken advocate for local pharmaceutical production of medicines and other essential health commodities. He contributed to the efforts towards access to quality and safe medicines and vaccines and in fighting global inequities.

In April 2021, he was appointed African Union Special Envoy for AMA. Thanks to his high-level advocacy efforts, the treaty entered into force on 5 November, much more quickly than expected.

A former Minister of Health and Social Affairs for Mali (2019-2020), Sidibé has championed a people centered approach to health and development for over 40 years.

He served as Executive Director of UNAIDS, holding the rank of Under-Secretary-General of the United Nations (2009-2019). Prior to joining UNAIDS, Mr. Sidibé worked at UNICEF and for Terre des Hommes, where his passion for advancing global health and social justice began.

In 2021 he was appointed a board member of The Global Commission on Drug Policy.

An economist by training, Michel Hamala Mr. Sidibé is the recipient of various African and global awards, including honorary doctorates from world’s leading universities.